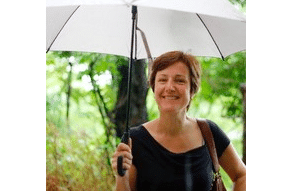 The psychedelic renaissance is upon us! Psychedelic medicine may provide much needed treatment options for certain mental and neurological disorders in the near future. However, our drug laws impede research and prevent patients from having access to these highly effective drugs.

Psychedelics include herbal medicines such as psilocybin (the active constituent of magic mushrooms), Ayahuasca (a potent psychedelic used by indigenous peoples for thousands of years, often consumed as a tea), and those synthesized in laboratory, including LSD and MDMA (ecstasy). Psilocybin is a natural molecule present in more than 200 species of mushrooms. It is structurally similar to serotonin – a human neurotransmitter that regulates mood and perception. When given in a clinical setting with extensive psychological support (a treatment we call psychedelic-assisted psychotherapy, or “PAP”), psilocybin can be a safe and effective treatment for mental health disorders, especially when other treatments were ineffective. These disorders include severe depression, anxiety and depression occurring in patients with terminal cancer, alcohol and nicotine addiction, and PTSD (post-traumatic stress disorder).

There are a number of differences between PAP and current treatment approaches.

First, psychedelics are rarely given in controlled settings with only three treatments so far that have produced lasting benefits in clinical trials so far.

Second, people claim to be healed. In psychiatry, we manage symptoms and rarely cure people. Indeed, in some cases, patients no longer meet the criteria for a disorder following PAP.

And finally, infrequent dosing removes the burden of side effects, while the clinical setting reduces the risk.

Further research is essential before PAP becomes an available medicine on the NHS. Unfortunately, research on psychedelics is particularly difficult in human and animal studies. It is extremely expensive (over £20,000 for a clinical trial), bureaucratic and causes significant delays (up to a year). These drugs cannot be stocked, prescribed or researched without the possession of a Controlled Drugs (CD) license from the UK Home Office.

This is due to the status of psychedelics as Schedule 1 drugs, under the Misuse of Drugs Regulations 2001. These detail the list of internationally controlled drugs, specifying how national jurisdictions should govern activities such as import, export, production, supply, possession and record keeping. Current programming suggests that these potential drugs have no medical value and a high likelihood of harm and abuse, which is not based on scientific evidence.

A common misconception about psychedelics is that they are addictive – they are not. In fact, their pharmacology is such that with daily use they cease to have an effect. On the contrary, they can be effective in treating drug addiction. Ironically, Schedule 2 drugs, such as cocaine, diamorphine (heroin), and ketamine, which are considered to have medical value but a high likelihood of harm and abuse, do not require a CD license for the research. Many scientists who wish to research psychedelics cannot do this much-needed work because of these unnecessary and unscientific Schedule 1 restrictions.

The most obvious benefit of rescheduling will enable research into the effectiveness of psilocybin for mental health and neurological disorders. Mental health has reached crisis levels during the Covid-19 pandemic. Twenty-one percent of adults experienced depression between January 27 and March 7, 2021, an 11% increase from pre-Covid levels (10%). PAP is one of the most promising innovations for the treatment of depression seen in decades, with long-term efficacy greater than 70% in small-scale trials to date. These long-term effects could lead to reduced future spending on mental health treatment and may also contribute to workforce health and productivity. Poor mental health is currently costing the UK economy over £100billion a year due to lost productivity.

While PAP can help improve overall mental health outcomes, it could also have huge benefits for veterans and first responders. Currently, some veterans returning from active service suffer from mental illnesses, most commonly PTSD, and the lack of effective treatments available on the NHS forces them to seek help elsewhere. Many UK veterans travel overseas to self-treat their PTSD, in countries where psilocybin is legal, incurring significant costs to access help. It is utterly shameful that as a nation we cannot provide effective treatment to those who have sacrificed for its protection, free of charge.
free on the NHS.

In order to allow research on PAP, to allow patient access, this government must remove psilocybin from Schedule 1 of the Misuse of Drugs Regulations 2001.

END_OF_DOCUMENT_TOKEN_TO_BE_REPLACED

Facebook Twitter Email Pinterest linkedin WhatsApp WhatsApp Telegram
The human immunodeficiency virus, or HIV, is a microorganism that wreaks havoc on the immune system. Cells that are the component...

END_OF_DOCUMENT_TOKEN_TO_BE_REPLACED

Facebook Twitter Email Pinterest linkedin WhatsApp WhatsApp Telegram
The psychedelic boom is definitely underway, and it's going full steam ahead. Prompted perhaps by the success of the cannabis indu...

END_OF_DOCUMENT_TOKEN_TO_BE_REPLACED

Facebook Twitter Email Pinterest linkedin WhatsApp WhatsApp Telegram
We are constantly cautioned by the government about the addictive capacity of marijuana, but in the real world, these cautions seem...

END_OF_DOCUMENT_TOKEN_TO_BE_REPLACED

Why do you need to experience psilocybin at least once…

Facebook Twitter Email Pinterest linkedin WhatsApp WhatsApp Telegram
This blog is about finding ways for you to escape stress and find a moment of true peace and calm that is not only safe, but be...

END_OF_DOCUMENT_TOKEN_TO_BE_REPLACED

Facebook Twitter Email Pinterest linkedin WhatsApp WhatsApp Telegram
Why not try something new and exciting for Valentine's Day? With so many fun options, it's time to explore. Valentine's Day...

END_OF_DOCUMENT_TOKEN_TO_BE_REPLACED

How to use cannabis so you don’t trigger anxiety

Facebook Twitter Email Pinterest linkedin WhatsApp WhatsApp Telegram
Cannabis can help you feel good and relaxed, but for those of you who are prone to anxiety, cannabis, especially THC, can trigg...

END_OF_DOCUMENT_TOKEN_TO_BE_REPLACED

Psilocybin Mushrooms May Be Rescheduled in UN Drug Treaties Before Marijuana? Wait, What?