Is Converting Cannabis Liquid to Gel Form Revolutionary for the Marijuana Industry? 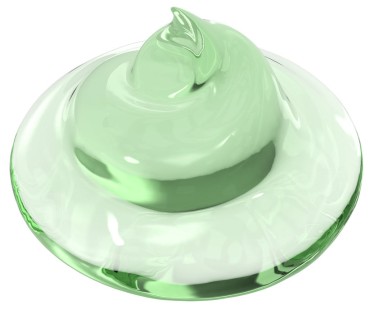 As the cannabis industry continues to take the world by storm, scientists are discovering more and more ways in which cannabis can be consumes to better meet the medical needs of patients.

Last year a revolutionary breakthrough was discovered by the University of Queensland in Australia with the PreveCeutical Medical Inc. business in Canada. Called Sol-Gel technology, this process was developed by a team of researchers under the supervision of Dr Harendra Parekh of the University of Queensland School of Pharmacy. Sol-Gel allows liquid cannabis solutions to be turned into a gel once they have reached the “internal membranes of the human body, such as the nose”.

“We have been developing the Sol-Gel cannabinoid delivery system with UQ through UniQuest since 2017, with a focus on nasal delivery,” said Stephen Van Deventer, CEO and President of PreveCeutical, in a statement. “With this licensing agreement in place, we can now work with partners to market products for Sol-Gel cannabinoid formulating products in the form of a nasal spray,” he said. “We are very pleased with the speed with which we were able to source the appropriate cannabis product delivered, thanks to our relationships in Australia. Having the right cannabis product on hand will allow us to develop and test the sol-gel cannabinoid formulation leading to preclinical trials, clinical trials and possible commercialization of the sol-gel cannabinoid formulation.

“This agreement is a testament to the strength and willingness of UQ researchers to engage with industry and work together to create impact through the development of potential new treatments,” said Dr. Dean Moss, CEO UniQuest., in a report. The researchers also added that cannabinoids “are considered suitable candidates for advanced nanoscale drug delivery systems, which can be applied via a range of routes.”

“Due to the strength of our working relationship with UniQuest, we are delighted to finalize the terms of the license allowing PreveCeutical to use Sol-Gel cannabinoid formulation technology to develop other formats, such as administration. transdermal cannabinoids. The Sol-Gel formula includes non-addictive analgesic peptides that seek to replace widely available pain relievers that are known for their addicting and harmful side effects such as fentanyl, morphine and oxycodone. Athletes who suffer from mild traumatic brain injuries or concussions may also benefit from their nasal sprays.

PreveCeutical is a renowned health science company that strives to further develop innovative ways to cure and prevent disease with products that are identical to nature. With the aim of becoming a pioneer in preventive health, they also collaborate with numerous projects aimed at treating and preventing obesity and diabetes.

Why Sol-Gel was developed

Although nasal cannabinoid drugs are available today, such as Vaporizers and drops, many of them still do not have the technology to penetrate deep into the nasal cavity. In addition, the human nose has its own self-cleaning mechanisms, which in turn greatly reduce the effectiveness of the drug.

With Sol-Gel, the new formulations seek to address these issues so that patients can optimize the delivery of cannabinoids from the nose to the brain. This is essential for people, especially patients who need to treat medical conditions related to the central nervous system, including neurological disorders, seizures, inflammation and pain, but quickly.

The development of CBD and THC infused nasal sprays is a welcome new addition to the cannabis industry. It is known to effectively deliver a specific dose of cannabinoids directly into the bloodstream with a significantly greater amount bioavailability cannabinoids compared to other methods of consumption, including edibles, smoking, vaping and other forms.

Conventional products currently on the market are typically made with pharmaceutical grade cannabinoids combined with saline solutions, providing relief from serious medical conditions as well as acute conditions like stuffy nose and sinus problems. Users can expect quick relief, but Sol-Gel technology shows promise in terms of even faster delivery with better bioavailability.

There are many types of drugs that are produced as a nasal spray because they are effective in crossing the blood brain barrier. There are thin nasal skins in the nose that allow drugs to pass through the blood stream, reaching the brain much faster. Another advantage for cannabinoids is that nasal administration better prevents the breakdown of the active components; in this case it would be CBD and THC.

Many medical cannabis patients prefer not to smoke cannabis or are physically unable to do so due to respiratory or oral issues that make it difficult. On top of that, not everyone is willing to self-medicate with edibles because it takes a lot longer to relieve. This is why cannabis nasal sprays are considered a fantastic breakthrough, and they are also understated.

However, it appears that Canadians are the first to reap the benefits of Sol-Gel technology as regulators in North America have been slow to verify its safety. Despite this, there is no doubt that it is growing in popularity and is still widely available. After all, vaporizers aren’t typically associated with marijuana and can be purchased online. There is much to be hoped for in the future when it comes to nasal sprays, although this is a less studied area of ​​cannabis distribution compared to others. We hope that it will be widely available soon, especially for those who need it most. 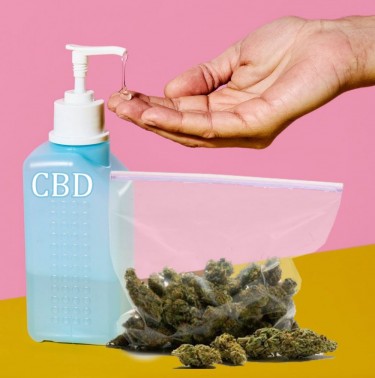 A DIY WAY TO MAKE A CBD HAND SANITIZER? YOU BET!