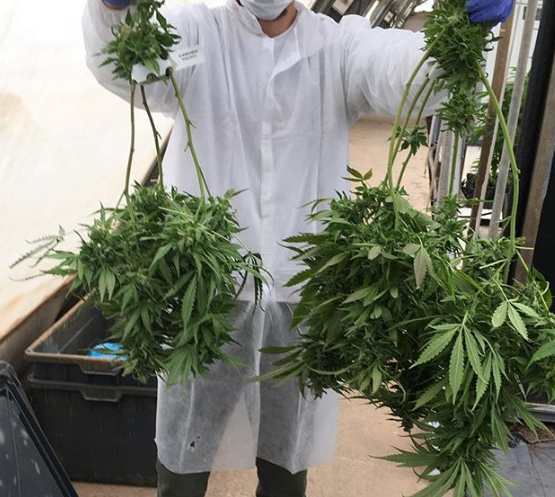 The earliest evidence of this plant-fungus symbiosis dates back 407 million years and is known as mycorrhiza, which in Latin literally translates to fungus root (myco = fungus and rhiza = root).

There are five types of mycorrhizal fungi on the planet that are currently known to scientists. Each plays a key role in nature, associating only with specific plants at certain times and at others with a wide range of plants. Only one is beneficial for cannabis and that is arbuscular mycorrhizal fungi (AMF) and in this category even fewer actually associate with cannabis.

AMF is the most common of all fungi and is associated with approximately 90% of all plants on earth. These fungi literally penetrate the roots of cells and create a network inside and outside the root. The fungus creates a branched structure, an arbuscule, within the plant cell where carbohydrates from photosynthesis are exchanged for nutrients, water and minerals provided by the fungi. These fungi do not produce fruiting bodies and reproduce asexually underground.

This symbiotic relationship is quite simple. The plant provides the fungi with carbohydrates and in return the fungus provides the plant with the necessary nutrients it needs. The more nutrients the plant needs, the more carbs it will send to the mushrooms. With cannabis plants, this exchange takes place inside the root cell in the arbuscules.

Before the legal changes that began in 1996, most cannabis growing was done indoors and out of sight of neighbors (unless you were in Humboldt County). Growers have relied heavily on technological advances in lighting, ventilation, and various hydroponic systems.

The cultivation was done indoors and not in the open air; growers relied on bagged growing media for their substrate. The majority of packaged culture media arrive at our door after being sterilized. “Kill all the bad guys with the good guys and feed the plants essential NPK and a few other micronutrients and you’ll be good” was the approach used by many growers. There has been a shift in mentality over the past few years and many growers are now moving towards a living soil method using the soil food web and taking advantage of the various soil microbes. As Jeff Lowenfels’ books suggest, we need to team up with the fungi and “team up with the microbes” and the reason is simple. Nature knows what to do best. Imitate it and you will get promising yields.

When cannabis was illegal, no real scientific studies and trials were carried out on the effectiveness of cultivation techniques and methods in terms of what affects plants and phytochemicals, terpenes, cannabinoids and flavonoids. . With advances in science and the fact that cannabis is now legal in many states, more and more growers have the opportunity to delve into real scientific research. One such area of ​​research is the science aspect of soil and the delicate interplay between plants and the soil microbes in which plants grow.

The benefits of mycorrhizal associations

There are many benefits to using mushrooms in your cannabis garden. First, a larger root area allows the plant to absorb nutrients, minerals, and water from a larger area. In nature, the mycelial network can extend over kilometers and connect between several plant species! Greater root area will help in many ways, including transplant shock and mortality rates which are much lower when mycorrhizae are present compared to no symbiosis.

Second, there is an increase in nutrient absorption. With increased surface area, plants can now take up more nutrients and water than without the mycorrhizal association. This means reduced fertilizer inputs and higher yields. Moreover, AMF not only contributes to the basic NPK, but also to the absorption of microelements such as iron, zinc and manganese.

Other benefits include increased phosphorus absorption. Mycorrhizal fungi secrete unique enzymes that release phosphorus molecules and transport them to plants in an available form. This is particularly beneficial because approximately 85% of soil phosphorus is not available to plants. Once it is time for flowering and the fertilization schedule changes, nitrogen levels decrease and phosphorus levels increase in order to increase bud size. With the help of mycorrhizae, the plants will already benefit from increased phosphorus levels compared to non-inoculated plants.

The use of mushrooms also creates a living rhizosphere. Life brings life, it’s as simple as that. When adding a biological element to a grow operation, it tends to create more life. Adding mycorrhizae will help other microbes to thrive, for example bacteria. Hyphae literally create a highway on which bacteria can travel. These bacteria also play a central role, from nitrogen fixation to plant protection. This living rhizosphere creates a new ecosystem where all organisms benefit from each other’s presence and help each other out of an inert, lifeless medium with only synthetic inputs added.

Mushrooms can also serve as a defense mechanism. With the help of this network of hyphae surrounding the roots, plant pathogens have a much harder time attacking the plant. Research has shown that mycorrhizal fungi can help fight certain soil pathogens, including Fusarium, Pythium, parasitic nematodes and others.

Plants with a mycorrhizal association have a higher stress tolerance because the presence of the fungi lowers the salinity (EC) of the soil and therefore affects pH and EC levels, making the soil more conducive to plant life. Additionally, plants are more drought tolerant because mycorrhizal plants are able to “reach” greater distances in search of water. The hyphae extend far beyond the rhizosphere and extend into areas that plant roots cannot access.

Finally, mycorrhiza also produce glomalin, which is a glue-like component secreted by fungi that helps bind soil particles together to prevent soil erosion and improve soil stability. Scientists see a correlation between the presence of glomalin and the primary productivity of an ecosystem. It is the foundation of all ecosystems so to speak and the absence of fungi will create an imbalance in the whole ecological system. If you are trying to grow in a regenerative no-till approach, mycorrhizal fungi should be the first thing to add to your garden.

There are several ways to introduce mycorrhizal fungi into your grow operation. The earlier in the life of the plant the better, the simpler the application and the higher the chance of successful inoculation. The younger the plant, the greater the impact of mycorrhizae. The more the plant matures, the more difficult it is to guarantee inoculation. The older the roots, the more they thicken and harden, making it difficult for fungi to penetrate. As the mushrooms must reach the penetrable young roots which are at the bottom of the pot or at a greater distance from the stem, the application is more complex and the impact much lower than with young plants. Below are several of the application methods we recommend using.