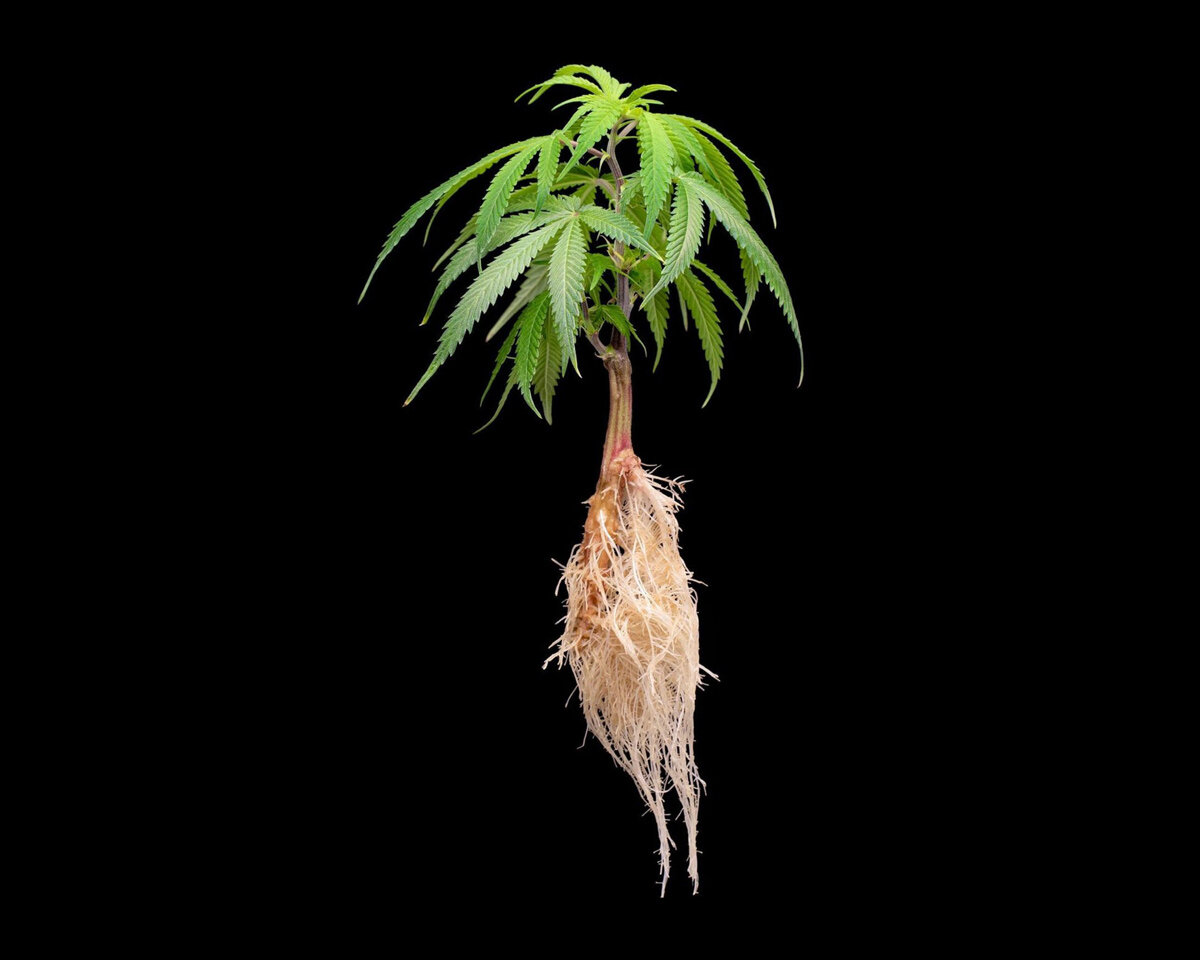 Increase oxygen in the root zone

Passive approaches capitalize on how cannabis roots get their oxygen. Oxygen naturally diffuses through the air spaces of a porous growing medium/soil. Using a growing medium with particles large enough to leave space for air once the soil has drained is essential to allow the passive movement of oxygen-containing air to through the root zone.

Proper management of the irrigation schedule is crucial to optimize oxygen availability for the roots. Growing plants in fine-grained or compacted soil or in a low-porosity growing medium leaves little room for roots.

The reason cannabis suffers from waterlogged soil is that it is more likely to be hypoxic since the soil pores are filled with water.

Irrigation with low oxygen water without letting the soil dry out between waterings is the worst case scenario since oxygen never has a chance to diffuse through the pores of the growing medium. Water that is introduced to the root zone does not bring oxygen with it. Allowing the growing medium to dry out a little between irrigations promotes oxygen availability in fine-textured soils.

Irrigation with oxygen-saturated water is another way to passively introduce oxygen into the roots. Waterlogged soil is not harmful to plants as long as the root zone is sufficiently oxygenated. Plants can be irrigated continuously as long as the nutrient solution is saturated with oxygen.

This is the theory behind the growth in aeroponic production. The roots are constantly watered with a nutrient solution which is always exposed to the air. The high oxygen exposure allows constantly saturated water to rain down on the roots.

Increasing oxygen concentrations in water is not difficult to do. There is so much oxygen available in the atmosphere that it is sufficient to actively bubble air through water in a storage tank with an aquarium pump attached to an air stone.

A pump or waterfall can also be used to oxygenate water in a storage tank. A pump creates a spray or jet that splashes through the water and mixes with the air. This increases the DO until saturation. The larger the air-water interaction surface, the faster the water becomes saturated with oxygen.

Increasing dissolved oxygen (DO) concentration in fertigation solutions can be accomplished by several methods.

The simplest is a venturi system. Air is sucked into a flowing liquid. So when a hole is drilled in the pipe and the tube is attached, the water is automatically aerated as it flows. The Mazzei Airjection irrigation system facilitates the introduction of oxygen-laden air into the water-nutrient solution. Just plug it into the irrigation line and it automatically sucks air into the flowing water. It requires no power and has no moving parts.

Bubbling air through stock solutions and water storage tanks is one of the best ways to introduce oxygen into the system because it is inexpensive and easy to maintain. Some air pumps can increase the temperature of the nutrient solution, which should be monitored.

Besides air, there are other products available that increase dissolved oxygen concentrations which also sanitize water. Ozone (O3) and hydrogen peroxide (H2O2) are strong oxidizing agents that neutralize microorganisms in water. Both compounds break down naturally to produce oxygen:

Ozone has a half-life of about 20 minutes at room temperature. It is an extremely powerful oxidant and has strong antimicrobial properties. Ozone can be produced on site with an ozone generator. Ozone generators can be used to bubble ozone through water. Water should be ozonated overnight in storage tanks and allowed sufficient time to break down before being applied to plants. High concentration ozone in the nutrient solution can oxidize nutrients and potentially damage roots.

END_OF_DOCUMENT_TOKEN_TO_BE_REPLACED

Facebook Twitter Email Pinterest linkedin WhatsApp WhatsApp Telegram
June 25 - Two men have been charged with crimes in connection with a March raid on a marijuana farm east of Ada. The defendants wer...

END_OF_DOCUMENT_TOKEN_TO_BE_REPLACED

Facebook Twitter Email Pinterest linkedin WhatsApp WhatsApp Telegram
There are currently 18 states, including Washington DC, that have legalized cannabis for adult use. One of the biggest factors for ...