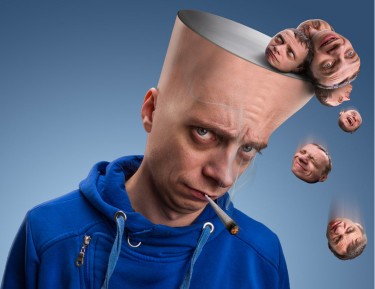 One of the main concerns about cannabis legalization of those who oppose such policies is the impact on people with mental disorders such as schizophrenia. We have been told many times about the dangers of cannabis legalization and the potential for those predisposed to psychiatric illness to be triggered by ingestion.

I have repeatedly argued that while cannabis can act as a catalyst to trigger an episode, so can any high stress situation like someone suddenly losing their job, a death in the family, etc.

Schizophrenia no need cannabis to be the conduit. It can manifest using any traumatic experience as a catalyst.

Today, after several years of legal cannabis, research in Canada shows that there was no significant increase in psychosis or schizophrenia after the legalization of cannabis.

“The legalization of cannabis in many jurisdictions around the world has raised concerns that such legislation could increase the burden of transient and persistent psychotic illnesses in society,” the study researchers say. “Our study aimed to address this issue.” – Source

… the researchers “used Seasonal Autoregressive Integrated Moving Average (SARIMA) models to assess associations between the legalization of cannabis in Canada (via the Cannabis Act implemented on October 17, 2018) and the weekly number of presentations to the urgency of the following ICD-10-CA-defined target series of cannabis-induced psychosis (F12.5; n=5832) and schizophrenia and related conditions (“schizophrenia”; F20-F29; n=211,661), as well as two comparative series of amphetamine-induced psychosis (F15.5; n = 10,829) and alcohol-induced psychosis (F10.5; n = 1,884). As reported by The Marijuana Herald

This is something we in the cannabis community have observed for many years now. Despite the apparent wide spread of cannabis, the statistical prevalence of schizophrenia has remained relatively stable for several years now.

When monitoring mental health, there are much more concerning things that we need to look at, such as the increase in teenage suicide and attempted suicide for example. What about the alarming rate of school shootings of teenagers?

These are certainly much more important in the context of societal safety than schizophrenia, a disease that affects approximately 1.2% of the American population. That’s not to say that schizophrenia is a laughing matter. On the contrary, we need to pull resources to provide publicly funded treatment to these people – however, there have been many studies on the subject and it seems to be one of the ‘top priorities’ of experts in sanity these days, at least compared to the titles that generate the most clicks.

Again, I personally don’t think we need to spend so much time studying things that affect a relatively small portion of the total population. Suicide is the leading cause of death in the United States in the 10-34 age group According to the CDC.

Nor am I saying that we simply shouldn’t study these correlations when it comes to cannabis, however – when it comes to using our collective resources, there are more pressing issues to address. Perhaps this is one thing the pandemic has allowed us to see: the sheer inadequacies of the intellectual community. It’s not entirely their fault – unfortunately, politics has put its big finger in the middle of virtually all societal activity and distorted the original goals of institutions to engage in tribal thinking.

However, politics does not act without someone pushing its buttons and this can be laid directly at the feet of the world’s mega corporations. Big Tech, Big Pharma, Big whatever – they bought politicians as if they were baseball cards, they frequently create false stories within the scientific community and influence the perception of reality through native advertising.

Unfortunately, these faceless corporations receive all the benefits of being a “legal entity”, but none of the responsibility as an average human being. Thus, it is difficult to determine who the exact people are responsible for the general corruption and deception. After all, businesses are made up of individual people, except they are immune from liability.

Where do we go from here?

Since the 1970s and even before that, government-funded institutions have eagerly tried to find out “what’s wrong with cannabis” and have often come up empty-handed. I wrote about so many fictional articles from “official sources” and “experts in the field” – that my confidence in academia took a significant hit.

I need to make sure how people conducted the research and whether their results can be replicated by others before taking anything more seriously.

I wrote this article to show how personal diaries can create evidence to support their stories. There really isn’t much we can do about it, however, that doesn’t mean we’re powerless to do anything about it either.

I encourage people to learn how to interpret these studies for themselves, to start developing a general understanding of how to analyze the results. Make up your own mind about these important topics and don’t succumb to “scientific title” impressions.

We have been warned of the dangers of cannabis and schizophrenia and the “potential mental health disaster!” however, we saw none of this. The fact is that when you legalize a drug, the people who use it will continue to buy it. People who were going to enter the drug market will simply become legal market users – and society goes on.

There will most certainly be negatives that will come from the action – there will be people whose psychosis is triggered by cannabis. However, this will not be the norm and instead of trying to dissuade the entire population from legalizing, you could instead focus your energy on creating treatment for people who will be negatively affected by legalization. 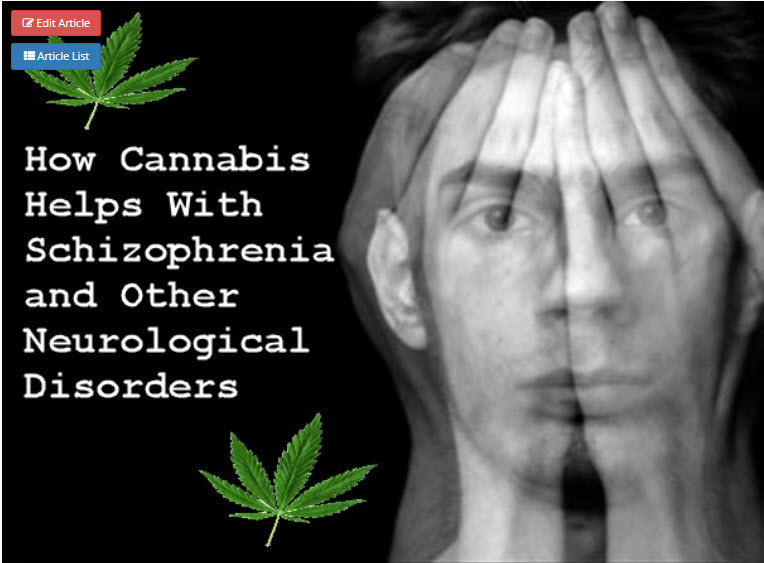 HOW CANNABIS CAN HELP WITH SCHIZOPHRENIA, LEARN MORE.

CAN MARIJUANA TRIGGER SCHIZOPHRENIA IF YOU ARE PREDISPOSED?

Facebook Twitter Email Pinterest linkedin WhatsApp WhatsApp Telegram
Why Getting High Makes You Happy A few solid puffs of weed after a working day. Wake up and cook with your morning coffee to s...

END_OF_DOCUMENT_TOKEN_TO_BE_REPLACED

Facebook Twitter Email Pinterest linkedin WhatsApp WhatsApp Telegram
DOVER — After months of deliberation among lawmakers, a bill that would implement taxes and regulations on the sale of marijuana f...

END_OF_DOCUMENT_TOKEN_TO_BE_REPLACED

Choosing the Right Entity for a Cannabis Business: Corporations

END_OF_DOCUMENT_TOKEN_TO_BE_REPLACED

Cannabis, Comedy, and a Catalyst for Change: Billy Anderson and The Gateway Show

Facebook Twitter Email Pinterest linkedin WhatsApp WhatsApp Telegram
Comedy and cannabis go hand in hand. But, how can a marriage between cannabis and comedy be one of the best overall entertainment e...

END_OF_DOCUMENT_TOKEN_TO_BE_REPLACED

Facebook Twitter Email Pinterest linkedin WhatsApp WhatsApp Telegram
Are you looking to enter one of the most exciting and fastest growing cannabis markets in the world? Do you want to learn how to ...

END_OF_DOCUMENT_TOKEN_TO_BE_REPLACED

Facebook Twitter Email Pinterest linkedin WhatsApp WhatsApp Telegram
While smoking weed is generally a lot of fun, there are a few negative side effects that show up if you smoke a lot. I guess ...